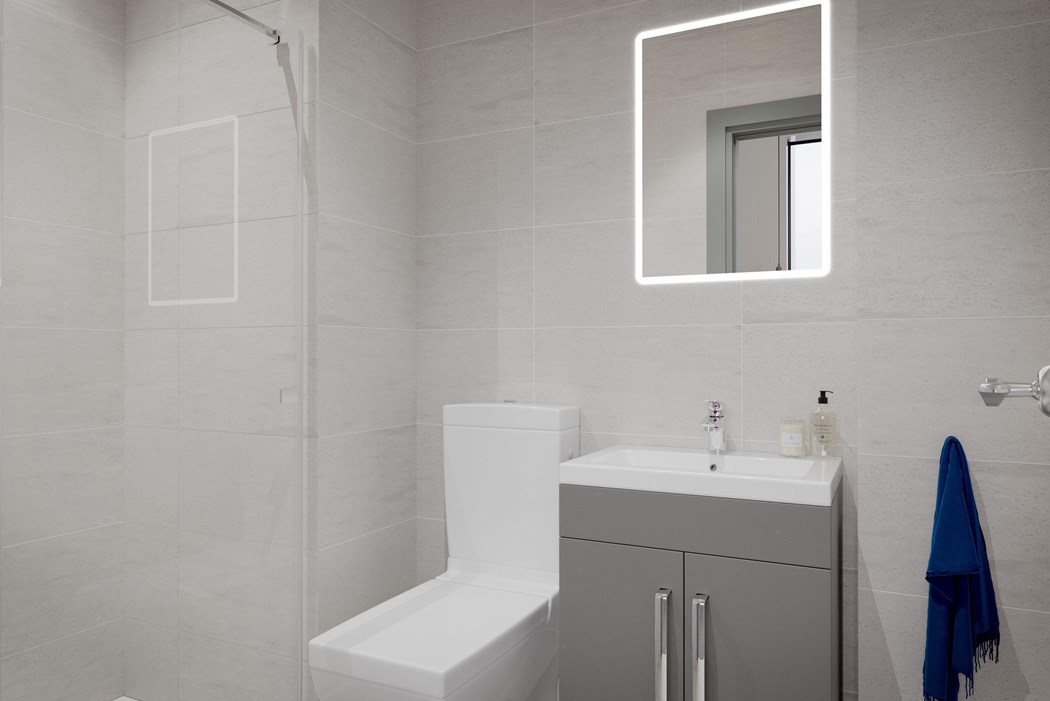 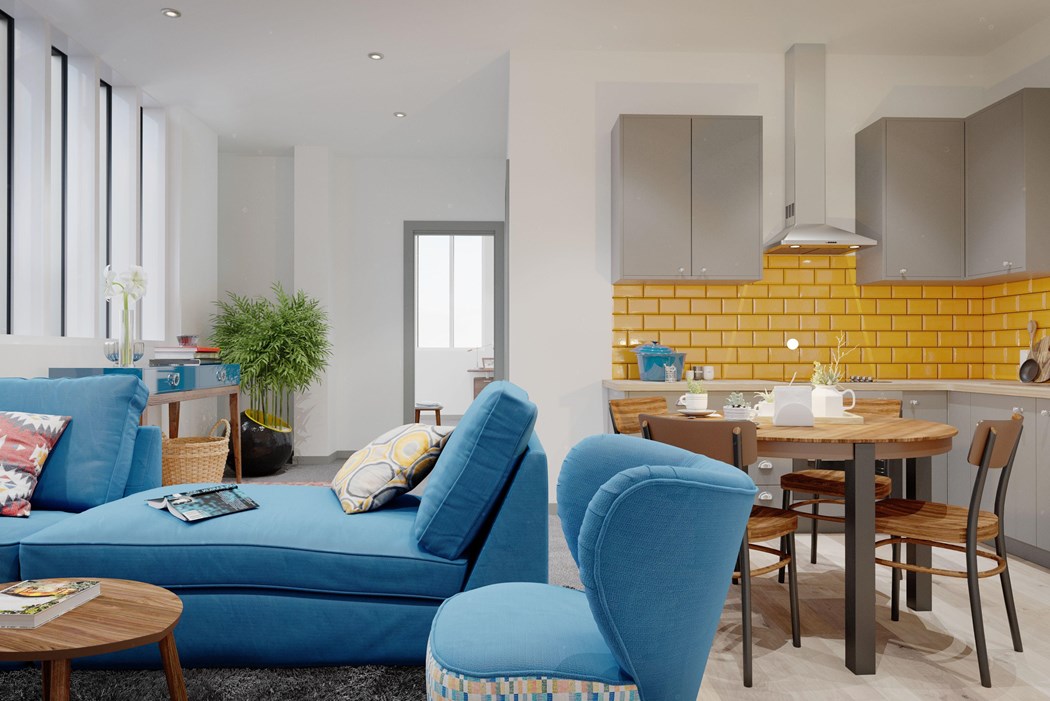 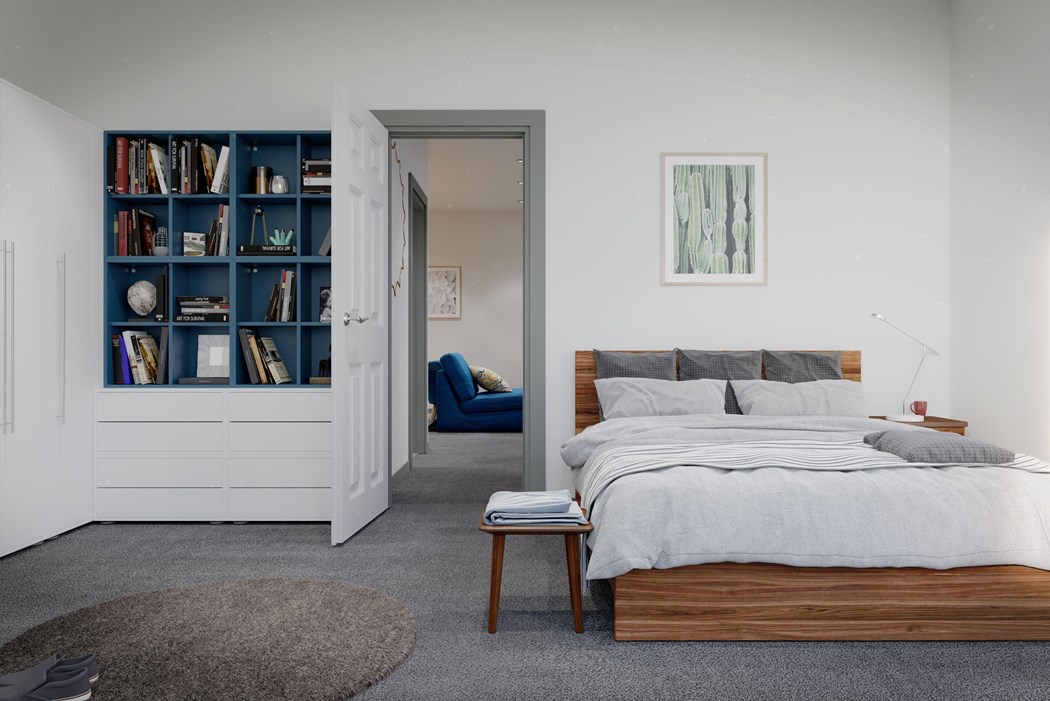 Comprising 97 single-bedroom apartments and 8 two-bedroom units, the property is part of a neighbourhood that's witnessing a huge surge in local regeneration and urban improvements. With central Birmingham a few shortstops along with the metro, the new apartments will be suited for a thriving new generation of young, skilled and ambitious workers.

This development stands less than 8km from Birmingham city centre, just a few short stops along the West MidlandsMetro line. The advent of High-Speed Rail will make a considerable difference to Birmingham, which will be amongst the first British cities to benefit. Plans are now well advanced for the new, £1 billion Curzon Street Railway Station, which is due for completion in 2026. Once operational, it is expected to reduce journey times to London to just 49 minutes.

With a population of over a million, Birmingham is the second largest city in Britain. It’s also one of the most productive and economically successful growing faster than any other city region outside London, with output up by 35 per cent over the past five years. There's a 20-year, £1.5 billion City CentreMasterplan, which seeks to build 1.5 million square metres of new office space, create over 50,000 new jobs and add £2.1billion to the economy each year. It's estimated that by2030 there will be 250,000 private-sector jobs. Large employers in the area include BT, Deloitte, LloydsBank, Jaguar, KPMG, PWC, RBS, Rolls Royce, Sainsbury's, Whitbread PLC. This year should also see HMRC moving into new premises in Birmingham, bringing with it 3,500jobs. The Midlands is home to 20 universities, producing112,000 graduates per year.

Located in West Bromwich centre there's everything you'd need on the doorstep of this development.

Birmingham is a prime city for buy to let property investment. The city is rising as a leading UK business location which has coincided with the blossoming property market making Birmingham an attractive place to live, work and invest in.

Thanks to a vast amount of regeneration taking place across the city and continued demand from movers to the area – many of whom are relocating from London – the city’s future looks bright. The regeneration is expected to create strong opportunities for excellent capital growth so now is the perfect time to look at a Birmingham buy to let property investment.

Birmingham Smithfield is a £1.5 billion project that will see the development of the area south of the city into a new urban quarter. Set to take 15 years to complete, the project will bring a boost for the whole city and include a new home for Birmingham’s historic Bull Ring Markets, leisure, and cultural facilities and more than 2,000 homes around a new public square. A project demonstrating the city’s future and how regeneration is helping to shape the city’s prospects, it is set to bring in 2,000 new jobs upon completion. This project along with many others in Birmingham, is set to make the city an even more desirable place to live. Therefore, more people will look at relocating to the city for the better lifestyle, more job prospects and better connectivity. With an increase in the population, tenant demand will increase which will drive rental prices generating stronger returns for buy to let property investors.

Eastside is known as Birmingham’s ‘knowledge hub’ and is home to a thriving community of researchers and businesses focusing on technology, learning and innovation. Once a major industrial quarter, the area is now home to Birmingham Science Park Aston, The New Technology Institute, Millennium Point, and a new Engineering Academy.

HS2 Curzon Street Station. Putting London just 45 minutes away and bringing financial and commercial opportunities even closer, huge growth is expected from the number of commuters coming in and out of the capital and Londoners looking to relocate to a more budget-friendly city with affordable housing that still offers all the conveniences of cosmopolitan living. HS2 is set to bring 30,000 new jobs and play a key role in rejuvenating the area.

There's a 20-year, £1.5 billion City Centre Masterplan, which seeks to build 1.5 million square metres of new office space, create over 50,000 new jobs and add £2.1 billion to the economy each year. It's estimated that by 2030 there will be 250,000 private sector jobs. Large employers in the area include BT, Deloitte, Lloyds Bank, Jaguar, KPMG, PWC, RBS, Rolls Royce, Sainsbury's, Whitbread PLC. This year should also see HMRC moving into new premises in Birmingham, bringing with it 3,500 jobs. The Midlands is home to 20 universities, producing 112,000 graduates per year.

The number of employment opportunities that the regeneration and investment schemes are creating will boost the increasing population and thereby increase housing demand. This increase in demand will create a further lack of supply so rental prices will increase to match the high levels of demand. This creates the perfect buy to let property investment opportunity in the city of Birmingham so now is the best time to consider a buy to let property investment in Birmingham.

If you’re looking for a top UK city for buy to let property investment in 2021, Birmingham should be your first choice. The city consistently benefits from a healthy property market, between 2016 and 2020, property growth prices in Birmingham have been the highest in the UK, and, compared with 2009, property values on average have increased 45%. While property prices and rental values are likely to remain flat in 2021, house prices are expected to increase around 4% and rental value by 3.5%. In 2022, it’s expected that Birmingham will see some of the strongest house price growth through to 2025 of between 14.2% – 17%.

While the population of the city itself sits at around 1.1 million people, a total of 5.57 million live in the wider catchment area in a West Midlands economy worth £80 billion. The city’s population is on the rise too, set to reach 1.3 million by 2039.

The city of Birmingham has more businesses than any other regional city and was awarded the UK’s regional start-up capital for the seventh year running in 2020 with more start-ups than any other city outside London with 18,394 in 2020.

A significant number of businesses are relocating to Birmingham; with Goldman Sachs soon to have a new office in Birmingham; BT, HSBC, KPMG, Deutsche Bank, Deloitte, and PWC have also opened offices in the city. With a variety of major employers setting up in the city, you can expect to see a surge in housing demand from young professionals and post-graduates looking for great employment prospects. This increase in population and thereby tenant demand will create a great property investment opportunity.

Birmingham is renowned as the West Midlands' regional centre of business, retail, leisure, and culture, and ranks highly for future investment opportunities; the main reason for this is the huge working population, with almost half a million people working in Birmingham.

Outside of London, Birmingham is one of the largest business centres with an employment population of over 100,000 people. A high number of employers are part of the public sector, to name a few; Birmingham City Council, the Queen Elizabeth Hospital and the University of Birmingham. However, over the last 10 years Birmingham has put in place policies to attract more private employers and rebalance the economy.

Today, Birmingham plays host to nationally and internationally significant companies, particularly in professional and business services, the likes of which include Royal Bank of Scotland, HSBC, DLA Piper and Eversheds.

Birmingham’s growing number of businesses, jobs and high net-worth investment opportunities means increasing demand from a number of young professionals looking to work in the city. This is a great tenant demographic for buy to let property investors and with a bright economic forecast suggesting Birmingham's property market will continue to deliver good yields and increasing property value over the years; Birmingham is a great choice for buy to let property investment.